Because I am not famous and I don’t have people who capture all of the big, amazing moments in my life, you will just have to take me at my word that Jeff’s reunion with his kids was beautiful.  There was little talking and lots of heavy hugging and then lots and lots of talking and sharing and laughing.  Then 48 hours after arriving, we dragged our only non-dimpled member in to our trusty Black Betty (everyone names their cars right?) and then on to a ferry headed for the South Island.

The kids had 2 weeks of school holidays and I planned to spend every hour of them on the South Island.  The ferry that connects the North and the South Islands takes 3 and a half hours to cross the Cook Strait.  Depending on the weather, it can be very pleasant or very…memorable.  I may or may not have taken the ferry the morning after a tennis tournament in my teen years which left me very, very sick.  I still maintain that it was the rough crossing not the drinks the night before that made me ill…This time around, I stayed out on the boat deck by choice to watch the North Island disappear from view and the South Island present itself in all its majesty.  It is without question, the most scenic of the two islands and I was so excited to rediscover it with my family.  Tate spotted 3 dolphins just before we pulled in to Picton.  It was a spectacular welcome. 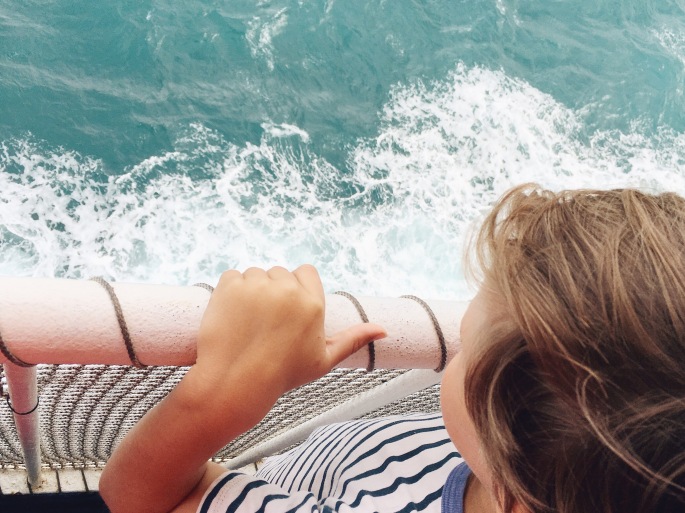 Our first stop was my family church in Koromiko.  It was established in 1871 and although in need of some paint, remains just as I remember it.  My great, great grandparents donated the gates that my children walked through.  Services are still held there once a month.  It is called St John in the Wilderness and it is aptly named. I much prefer this photo of my children than the last one taken of me in the same spot.  I believe there was neon involved… 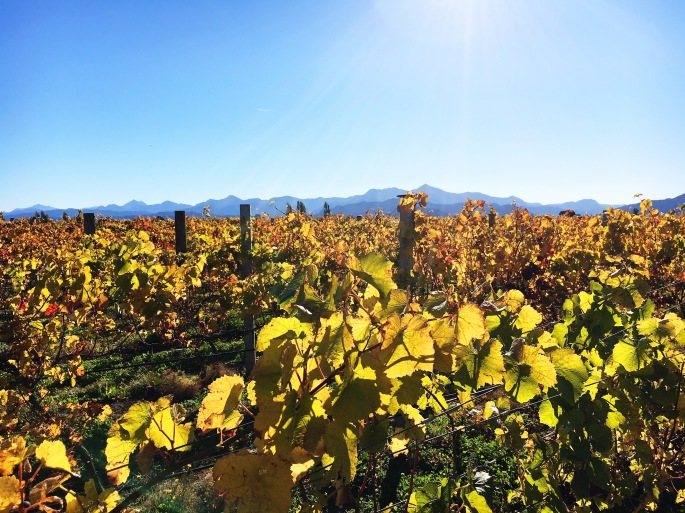 Unlike Wellington, Autumn in the South Island is in full swing.  The gold and red hues that I am used to were a welcome reminder of the current season.  Day One ended in Nelson with an early night for all because we all had a very big day ahead of us tomorrow..

We woke early and drove to the beautiful beach town of Kaiteriteri.  After dropping our bags off at our bach(Kiwi for small holiday house), we headed to the beach.  We then caught a water taxi to our drop off location in the Abel Tasman National Park.  We had picked one of the longest day hikes offered and hoped Poppy could handle the distance.  Our boat left at 9am and we wouldn’t be back until 6pm. 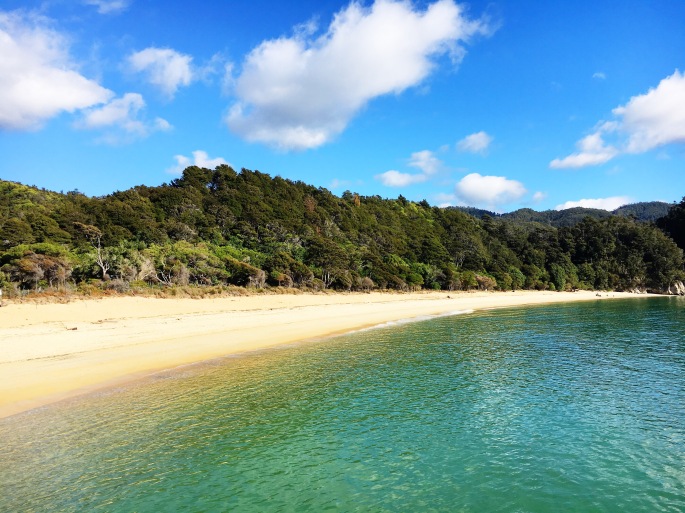 Golden sandy beaches.  Completely deserted.  This is the magic of the Abel Tasman National Park.  Each time we emerged from the beautiful native bush, a beach like this revealed itself.  Our kids seemed unfazed by the isolation as they ran from one end of the beach to the other.  During the entire day, we encountered 16 people on our day long hike.  This is the great benefit of existing near the bottom of the world and one of the many reasons that New Zealand remains largely unspoiled.  The long flight and the cost weeds out those that want to see New Zealand from those that need to see it. 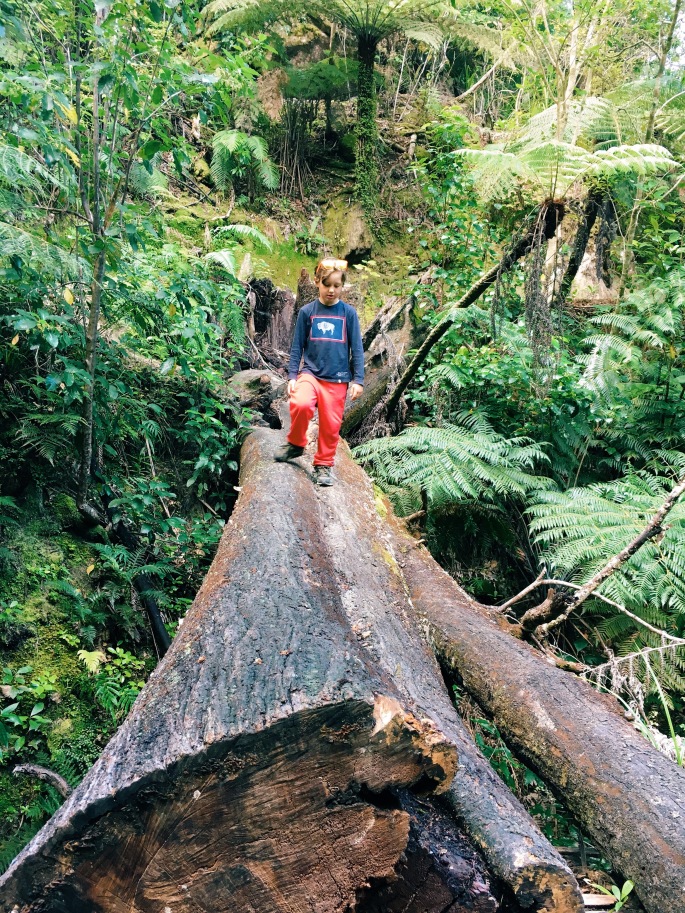 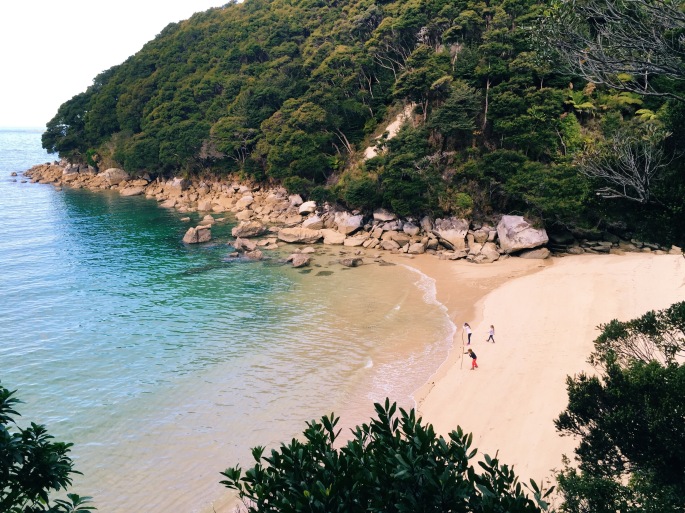 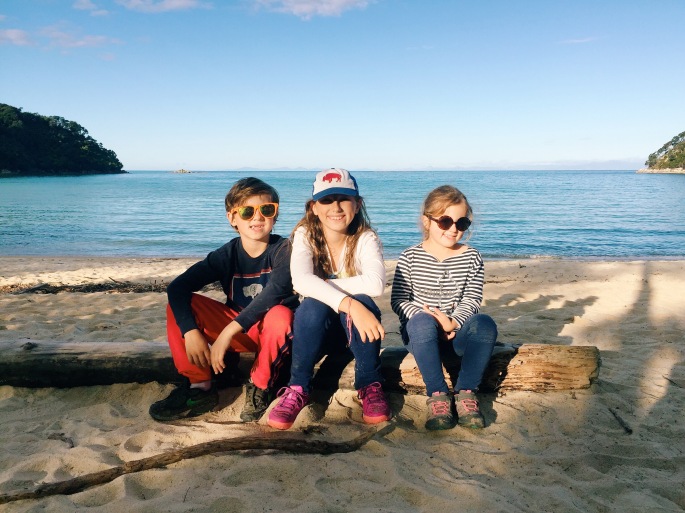 Three very tired and very happy hikers.  Until they found out tomorrow was going to look a lot like today…