After spending an incredible afternoon on Wharariki beach, we headed to our motel in the tiny town of Collingwood.  After a quick dinner and showers, we put the kids to bed and sat outside our unit with our plastic chairs and wine, talking about the day and watching the gorgeous sky.

Collingwood, with a population hovering around 240 people, is tiny.  I have never stayed in such a small town.  The next morning, we walked out the back door of our motel, across the street to a charming little old house that is now a restaurant.  The food was incredible and the coffee was the best we have ever had.  I am a new addict but Jeff considers himself worthy of saying it is the best coffee. Ever. 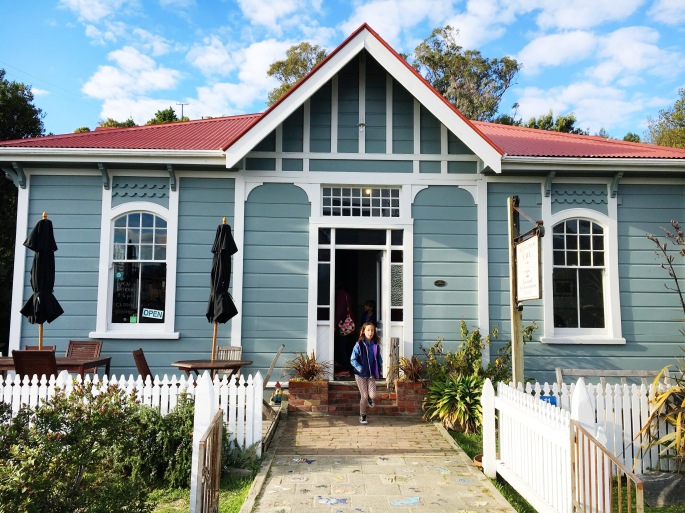 From Collingwood, we headed further south along the west coast of the South Island.  It is a part of New Zealand known for its ruggedness.  It is remote and wild and unlike anywhere else in New Zealand.  From stunning, deserted beaches to rainforests that seem unending, this is a drive everyone should take.  The west coast gives you a sense of an unchanged New Zealand.  Imagine Big Sur, Costa Rica and Maui one turn in the road after another.  This place could turn boys in to men in no time. 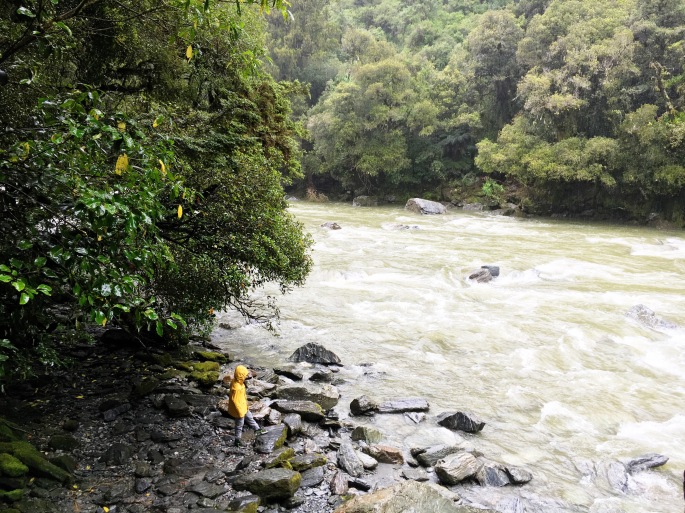 One of the reasons that the West Coast is not more populated is the lack of accessibility.  And the weather.  It can be quite rainy on the west coast so we were not surprised when it poured down for most of our day long drive.  We did get to see the famous Punakaiki rocks or the Pancake rocks as they are also known.

That night, after a long day of driving, we finally made it to Franz Joseph.  Due to the heavy rain that showed no signs of stopping, the small town was choc full of sad tourists who had to delay or cancel their glacier hikes.  We didn’t plan on taking the kids up on the glaciers because

So we were the happy family in the corner of the pub, thrilled to be out of the car and the rain.  The kids didn’t know they had missed out on taking a helicopter to the top of a glacier and we didn’t tell them.  We did buy them dessert that night…

Our next stop was the beautiful town of Wanaka.  We arrived by early afternoon to the most stunning Autumn day.  After checking in to our apartment, we walked in to town to grab lunch and explore.  The small town is built around the spectacular Lake Wanaka which serves as a back drop to year round fun.  There is skiing in the winter and every water sport imaginable in the summer.  Originally a gold rush town, the secret is out and the population is growing exponentially. 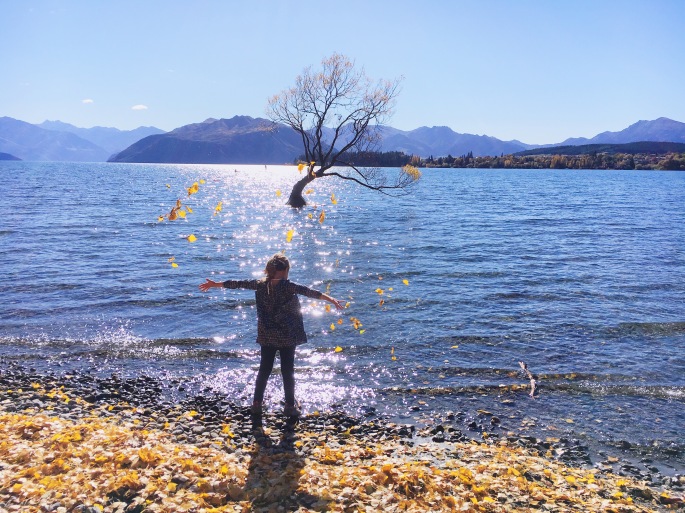 Not too long ago, I had casually mentioned to my girlfriend that I wanted to climb Roy’s peak.  It is a popular hike in Wanaka that has been on my list.  I should know better than to mention things like that to said girlfriend.  The next day, she and her husband had arranged for family to watch their two beautiful girls and they had booked flights to Wanaka.  Uh oh.  So I did what I do best, I researched the hell out of the hike.  I read reviews that mentioned words like ‘easy’ and ‘gentle’ and then I read reviews that used words like ‘dying’ and ‘painful’…I asked so many random strangers on Instagram who posted their enviable pics how they found it/how long did it take/did you hire a Sherpa/are you an Olympic athlete???  I also had to book a babysitter for my kids.  I have never used a babysitting service while away in a strange place.  Thankfully, at 7am the morning after arriving in Wanaka, I opened the door to meet Bess, the greatest babysitter in the entire world.

And then said friends Bindi and Derek were at our door and we were off.  God. Help. Me.

Now New Zealanders have the worldwide reputation of being tough.  Tougher than tough.  Any one who has traveled the world seems to have some “I met some kiwis in – who were crazzzzyyyyyy” stories.  New Zealanders invent things to test your will and your desire to live.  I have been gone a long time and at 42, I may not be the best representation of that brand of kiwi, if I ever was.  But I made it.  WE made it!  After reaching the top (it was no Everest so I will decline from using the word summit) and enjoying the stunning views, we climbed half way down and enjoyed a mountain picnic.  Thanks to my Sherpa/husband, we had champagne and the most stunning scenery to enjoy it with. 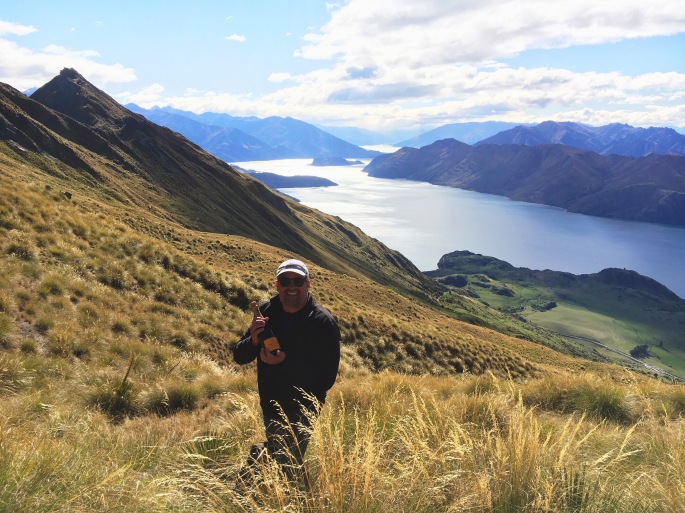 After making it down the mountain, we headed to a pub to, essentially, pat ourselves on the back with more alcohol.  We then spied my youngest, flying around the skate park across the street on a scooter.  I texted Bess who said that they had found 3 scooters at the recycling place and my kids were having the time of their lives.  I could see them from where I sat, with Jeff and my dear friends, that my kids were being taken care of and loved.  They had had the best day with Bess and I was so thankful.

Like everywhere in New Zealand, my amateur photos do not do this place justice.  This place deserves every accolade it has ever received.  I am learning that I do not have to climb mountains to embrace my countries heritage, but I do need to be bold.  It felt bold to trust a complete stranger to take care of my kids.  If felt bold to climb higher than I have ever climbed before. And that’s not just a line from a horrible Miley Cyrus song.  We all spent a day out of our comfort zones and we are all better because of it.